With a bolt of lightning, baby Dustin emerged from the womb, wielding Excalibur and shouting his trademark battle cry! Rooted in Michigan but born in Clearwater, Florida, Dustin has been soaking up the sun ever since, and he will always be thankful to his mom Susie for bringing him to the sunshine state. The beautiful campus in Chapel Hill drew Dustin away for school, and after graduating from the University of North Carolina, Dustin flirted with law school before finding his passion in personal training. Obsessed with sports from a young age, Dustin has parlayed his love for kinesthetics into a successful fitness career. Eight years later, he has met an incredible mix of people who have taught him more than he could imagine. He has a strong competitive streak that he expresses through tennis tournaments with his best man and doubles partner Josh, and his intense curiosity for all things athletic spurred his courtship with his lovely bride to be Kim. Dustin wasn't searching for an incredibly spontaneous romance with the most beautiful and vivacious woman he has ever met, but it found him, and he hasn't looked back. He can't wait to see what the future brings with his partner in life, his great love, Kim.

Never one to be outdone, baby Kimmy came into the world a year or so prior on a cold night in Fort Worth, Texas. Sword and battle cry notwithstanding, it was a pretty quiet evening when I showed up. I spent the majority of my childhood in a few different towns in south Texas and ended up in Georgia at the lovely but awkward age of 14. Never having been a city girl, I decided a move south from Rome, GA to Atlanta was in order to go Georgia Tech, embrace my inner nerd, and study science. Once I got there, I knew it would be difficult but thank God I found good (and smart) girlfriends to help me through!

It's hard to believe it's been 9 years since college, but I wouldn't trade a second of my time and experiences here. I've worked for a few great biotech companies doing research in industries that I support, slung drinks and food at too many bars and restaurants to mention, and when not working - I love to cook, hang with my friends, read, throw heavy weights around and beat my fiance at track sprints...not really but I am working on it!! I've been lucky enough to keep old friends close, even through time and distance, and gain fantastic new ones. Speaking of old friends, I think I have to thank one specific friend here for insisting I do a charity bike ride at the Athletic Club Northeast and become a member, otherwise I would've never been there on another very cold night in January to meet my future hubs. So thank you Cara!! :)

As the damsel Kim bravely held off the giant black dragon, Sir Dustin gallantly rode in upon a shining white horse wielding his lance named Slayer.

Then Dustin woke up from his dream and remembered that this is what actually happened...

It was a cold and sleepy morning when Dustin put his foot in his mouth for the first of many times. Kim was performing dead lifts in her quest for a new personal record at a time in the morning when most sane people were still fast asleep. Dustin, mostly asleep but technically on his feet, was explaining the dangers of the dead lift to his client and spiritual advisor Joe in an extremely loud and public voice, totally oblivious to the exertions of his future better half. Kim, in her diplomatic way, looked up from her extremely heavily laden bar and glared at the duo, asking, "Really?!?" Dustin back pedaled to no avail. It was an inauspicious beginning to say the least. The three had a good laugh and Dustin wouldn't see Kim again for another few months.

It was a cold and bitter evening in January when Kim and Dustin met properly. Kim, again minding her own business, practiced a complicated jump rope technique called the double under, Pantera angrily blaring in her headphones. Dustin needed to master this technique for a fitness certification and couldn't believe his luck to see someone outside perfectly executing the movement, although with her hoodie on Dustin couldn't recognize her. Completely in the zone, Kim was oblivious to outside stimuli and Dustin had to tap her on the shoulder. When the most beautiful woman he had ever laid eyes upon turned about face and demanded, "What can I do for you?" Dustin's only response was, "Um, uh, can I jump rope with you?" Kim, holding back a sarcastic comment like, "Well it's a big sidewalk," graciously allowed Dustin to join and together in the freezing cold they struck up a great conversation. Kim coached Dustin on his rope skipping and upon their parting, the heir to Don Juan politely asked Kim to exchange email addresses.

Kim and Dustin would regularly meet for workouts for the next few months, and they corresponded regularly upon sundry topics. Before long their friendship blossomed into something more, and the rest is history. The pair look forward to engaging in many more shenanigans and tomfoolery! 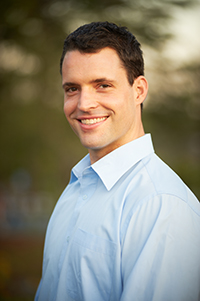 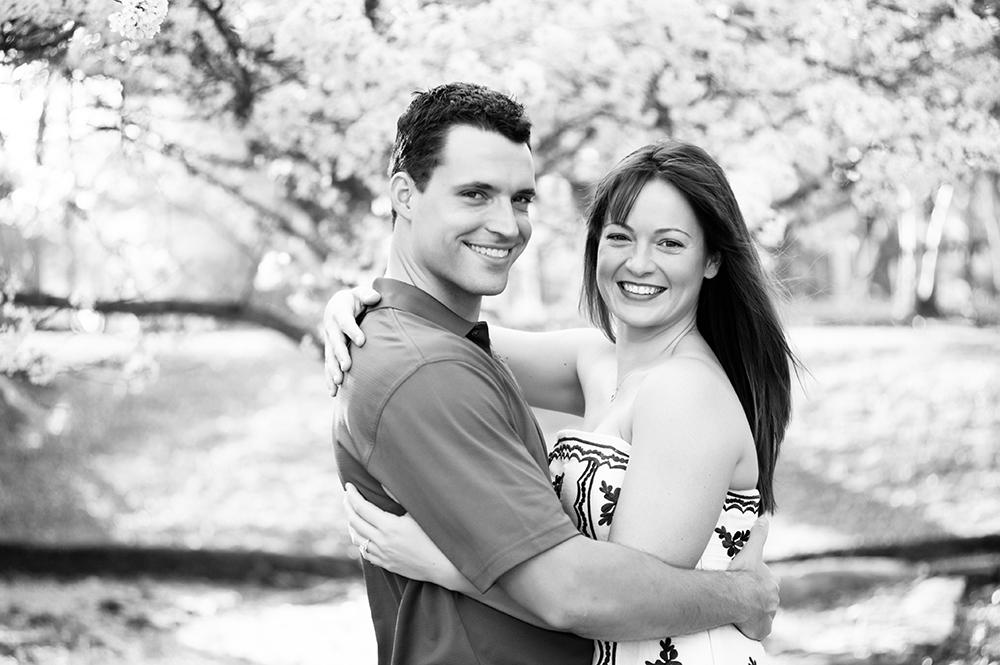 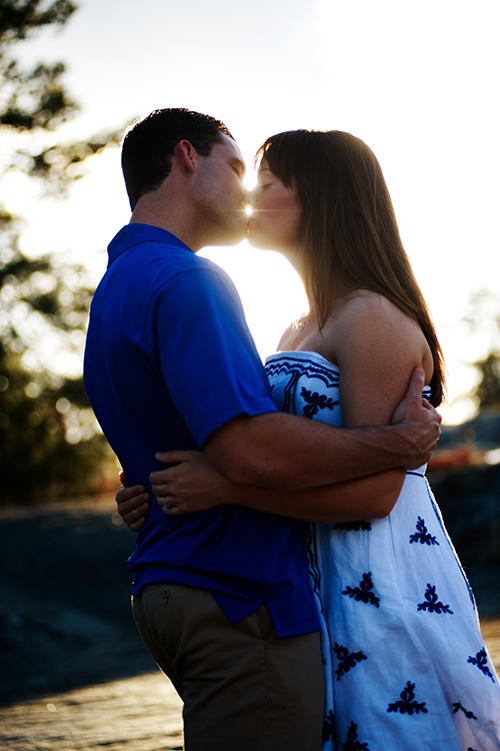 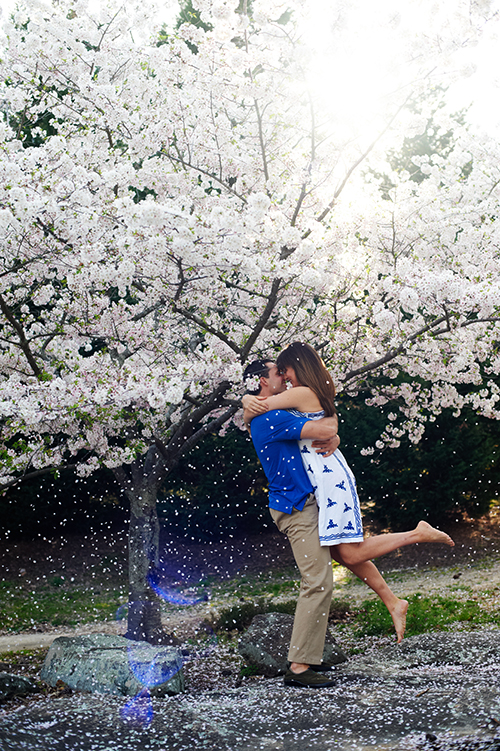 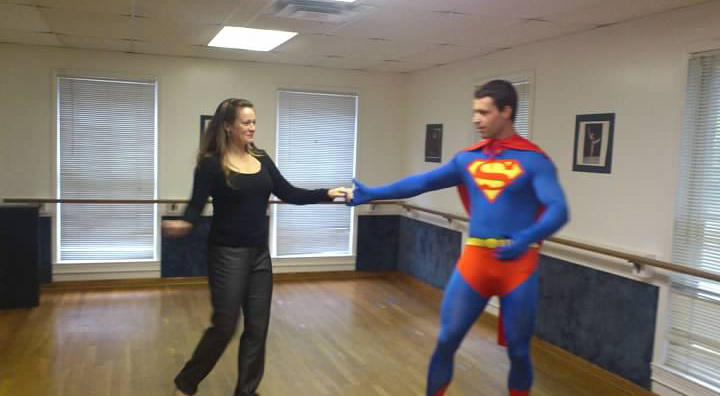 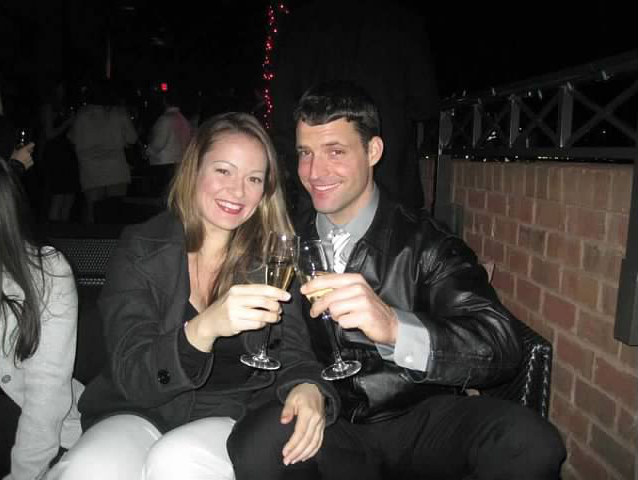 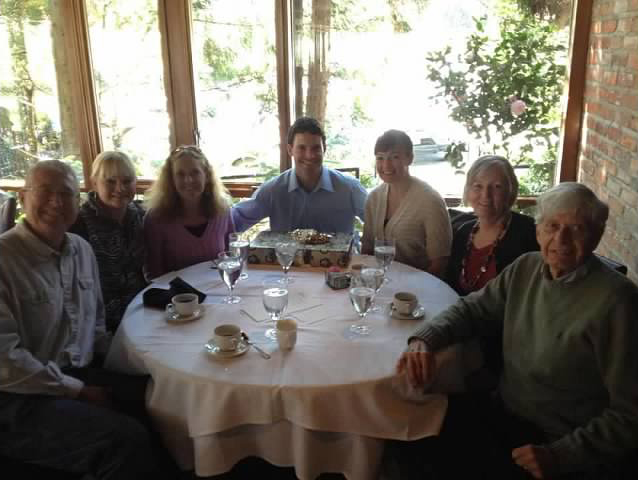 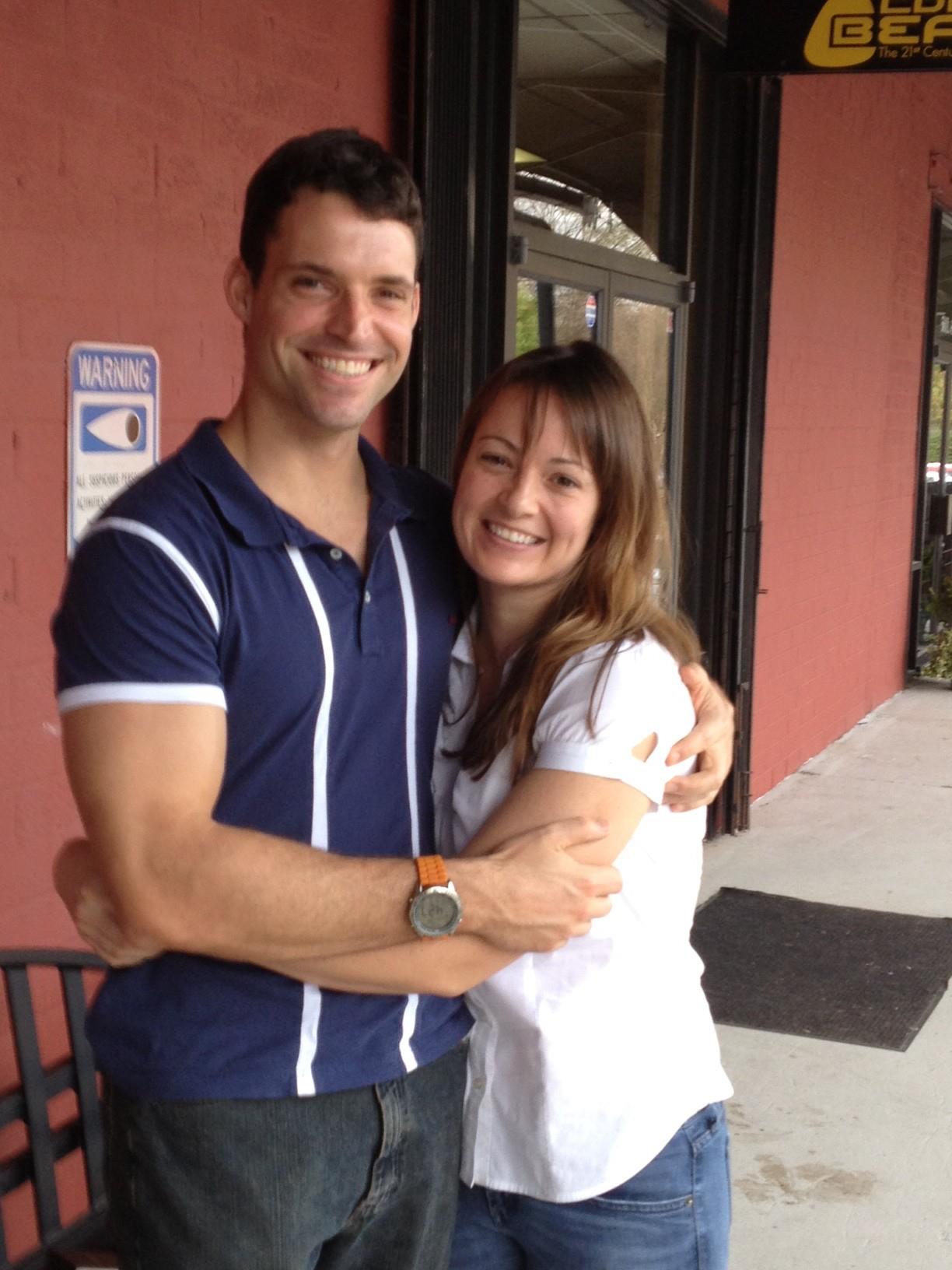 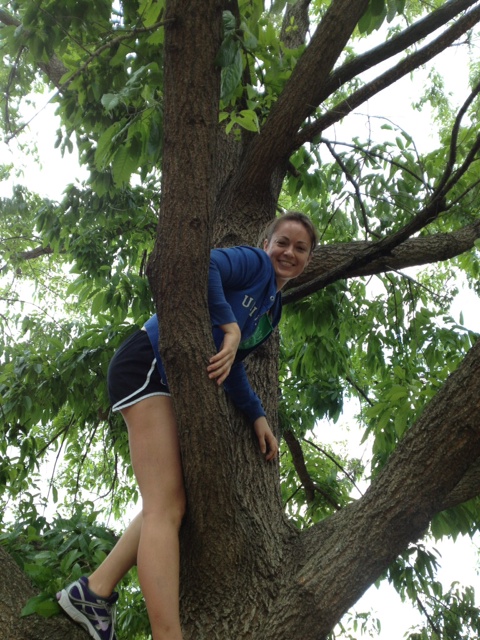 Deanna, you are a wonderful mom and sister!! You have always been someone I could count on whether it be for words of wisdom when I was confused about life, a boost of confidence when I had none, or a partner in crime when I was looking for trouble. As the oldest, no doubt you got all the blame when I did anything wrong (which was hardly ever!!!), and for that I will owe you...most likely forever! You are the best big sis anybody could ask for!!

Mere bear, you are probably the woman in the world I trust most outside of my family! You always tell it like it is...unfiltered would be putting it mildly and while this trait isn't always the easiest to take, it is certainly one I admire and one that has helped snap me out of many less than stellar decisions and paths I've tried to go down in life. Mere, thanks for always being there and always listening and always providing perspective, through the crap and the awesomeness that was our 20s....onward and upward!!!

Oh Audra....where to begin :) lol....my longest standing roommate, my biology and chemistry savior, my sweetwater drinking buddy, my "if there's a platform or stage anywhere in this club we're going to find it" dance party partner, your wedding, bellemeade, med school, cocoa beach, I could go on but I'll save us both and stop here!!! Our friendship has withstood Georgia Tech, boys, time, weddings, jobs, big moves and crazy schedules - I hope this never changes!

My practical, conscientious and just downright awesome friend - you are the person I probably share the most common philosophies of life with - we have the most fun and I know in you I can always find someone to see eye to eye with!! I think the thing I cherish most about our friendship is that I know I can be myself, no pretense, no judgement and that hasn't changed since our freshman year roommate days - I hope we have many more!! You have always been and I hope will always be one of my best friends in life! Please don't move!

As my longest running friend on this list, Jenny, you got the pleasure of seeing me through those awkward angsty teenage years!! My my, we have come a long way!! You are just as fun-loving and as good a friend to me now as you were back then and if I haven't said it before now, thanks for not letting me drown in a new school and a new town at the ripe old age of 14 lol. I owe you one :) I hope we have so many good times coming and crazy trips and ridiculous stories - cannot wait to see what the future holds!

Last but certainly not least dear Jen, if there is anyone on this list that makes me want to be a better person, strive harder, work harder, listen better, I could go on....it is you! While not always easy to be your friend in college, you damn MEs are so flipping smart it's obnoxious and you were (still are) also one of those naturally slim women no matter how much beer we drank....ugh ;), I treasure our friendship of the last 13+ years!!! I know that we can always talk cars, bikes, transmissions, booze, industrial water treatment and cooling, HVAC, doggies and those facts alone, pretty much makes us kindred spirits for life. They just don't make 'em like you girl, ya badass :)

Josh and I met playing tennis, and we bond over everything from beer to golf, but especially over bad jokes. He is an incredible friend and the best roomate imagineable. He is unbelievably talented at everything, and I do mean everything, which is incredibly annoying, except when he is on my team and helps carry us for the win. Our matching tennis outfits are currently undefeated, and we expect no resistance from doubles opponents helplessly doubled over in laughter. Get it, doubled over?

Chris and I met in the typical fashion of most heterosexual men- in the jacuzzi. He is a fellow tar heel and absolutely brilliant conversationalist. We have an unbroken streak of scoring free stuff from strangers every time we ride the train together. We are currently 2 for 2. Chris has the maturity of a 12 year old and the intellgence and acumen of 10 men, which makes for a fascinating combination.

My favorite uncle Bob has been a great friend and influence over the course of my life. His relaxed charm and love of life have made him an incredible father and uncle. Our shenanigans together in Ireland were epic, and I will always have great memories of our times together, especially on Lake Michigan. I still have my name burned into wood from a magnifying glass one summer- quite a cool feat!

John and I have spent every summer on Lake Michigan together, and the fact that I survived everything from exploding bottle rockets to potato launchers to being dropped bodily from overhead on the beach is a testament that John did not actually want to kill me- he has merely been toying with me. John has taught me much of the little I know about the outdoors, and I always look forward to long and meandering conversations with him.

Scott and I have been avid racquetball adversaries as long as I have lived in Atlanta, and his talent as a chef means that I always look forward to great meals with him. He is a wonderful listener, and his ability to tolerate the stream of nonsense that sometimes leaves my mouth is truly one of his greatest qualities. He is a true rennaisance man and I hope to one day match his incredible breadth of knowledge.

Eric and I grew up together and spent countless hours playing games and honing our skills as magicians. I fully blame him for turning me into a huge nerd. We named him the Ubermensch in school because his incredible self confidence allows him to defy traditional social norms and attack problems with a uniquely independent perspective. I always make sure that my decisions pass the Eric test before embarking upon anything important.